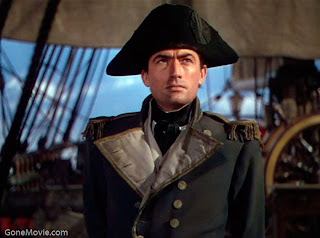 There is nothing original in popular culture. Virtually every big movie or TV show out there is derivative of some previous movie, book, comic, play, myth, opera or any number of other pre-established cultural archetypes. You may think a movie is fresh and original  but look into it and you'll find that the whole thing is, to some degree or another, a total rip-off.

For example, I remember seeing the Montreal premiere of Star Trek II: The Wrath of Khan. It was a CHOM-FM hosted event held at the old Imperial Theatre way back in 1982. I remember really enjoying it. The whole movie seemed like a fresh and original take on the whole Trek thing (unlike the first Trek film but that's another blog).  About 15 years later, I was killing time watching TV between improv shows in the green room at The Comedyworks. History Television was running some old 50's sea adventure epic. I was half watching it out of the corner of my eye when I noticed there was a naval battle scene. In seconds I was exclaiming, "Holy crap, this is Wrath of Khan!" (Trek fandom runs high in stand-up comedy so most everyone in the room at the time concurred with observation). Turns out that movie they were showing that night was the 1951 film, Captain Horatio Hornblower.

The character of Captain James T. Kirk is often said to be based on C.S. Forester's 19th century navel hero, Captain Horatio Hornblower.  Star Trek creator Gene Roddenberry reportedly used the term "Hornblower in space" to describe Kirk as part of his original network pitch for the first Star Trek TV series. Though he also used the term "Wagon Train to the stars", so you can take that with a grain of salt. Roddenberry later claimed that Star Trek: The Next Generation's Captain Jean-Luc Picard is really the guy who is based on Hornblower. Roddenberry is up there with George Lucas as one of The Greatest Revisionist Bullshitters of All Time so it's hard to be sure of the veracity of any of his statements. 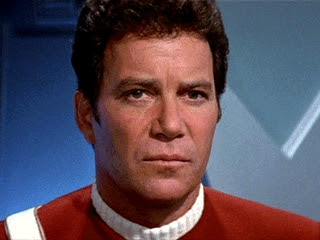 There is much less ambiguity when it comes to the Hornblower connection to the second Trek motion picture, Star Trek II: The Wrath of Khan.  Director Nicolas Meyer openly credits the Hornblower influence on the Trek II DVD director's commentary track.

Captain Horatio Hornblower is the lead character of a series of novels written by C.S. Forester between 1937-67. Hornblower commanded a number of different ships in the British Royal Navy in the 19th century. While a skilled and courageous Captain, Hornblower is described as "unhappy and lonely".  He is a character that is plagued with self doubt and introspection. Hardly the kinda guy you 'd want to bring up in a pitch meeting with TV execs who are already skeptical about your whole "Enterprise".

In Star Trek II, Kirk, now promoted from Captain to Admiral, has to deal with, among other things, the prospect of aging, an estranged son, the kid's mom (one of his ex's from way back, also estranged, natch) and a bad guy he sent up the galactic river many years ago who is now bent on revenge. All that leads Kirk down the road of self doubt and introspection (but only during breaks between the action packed scenes of starship warfare).

The Hornblower influence on the Trek universe can be seen quite clearly in the aforementioned 1951 film adaptation Captain Horatio Hornblower. Starring Gregory Peck in the title role, the movie was co-written by Forester and adapted from three of the original Hornblower novels. With Greg Peck as the illustrious captain you get only to see a token amount of unhappiness, loneliness, self doubt and introspection (but it is there nonetheless).  In fact, you see much more of those characteristics from William Shatner as Admiral Kirk in Star Trek II. However, it's not just the character development that the film version of Hornblower and Trek II have in common.

It's the battle scenes.

Star Trek II has got some of the most exciting space battle scenes this side of the Millennium Falcon. Much of the excitement is owed directly to the naval battle scenes in Captain Horatio Hornblower. Myer was being a bit coy when he sited the Hornblower "movies" as an "influence" on Star Trek II. Hornblower director Raoul Walsh should share the screen credit on the Trek II. Many of the action scenes from Hornblower are recreated almost beat-for-beat in Wrath of Khan.

To use a term coined by my sketch troupe, The Vestibules, nothing makes the similaritoid case more clearly than this little montage I put together.


There is a scene in Woody Allen's Stardust Memories where Woody, playing a comedian turned serious film director (how does he come up with this stuff?) is attending a film festival retrospective on his work. During a Q&A, a cinephile in the audiences asks him if a horror parody scene from one his "earlier funny movies" was an homage to the 50's horror film, House of Wax. The cinephile winks to his buddy as he asks the question. Woody looks out to the guy in the audience and replies, "A homage? No. We stole it outright."
Mr. Meyer?